Rameswaram is a town with second grade municipality in the district of Ramanathapuram in Tamil Nadu. The town is located on the Pamban Island that is estranged from the mainland by the Pamban channel and is almost 50 kilometers away from the Mannar Island in Sri Lanka. Rameswaram located at 9.2800° N 79.3000° E and an average elevation of 10 meters. The town covers an area of 61.8 square kilometers and possesses sandy soil for almost 74% of its area being an island. 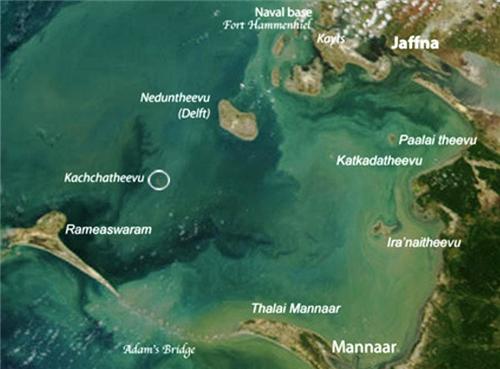 Rameswaram is the closest point to arrive to Sri Lanka and there is geographical evidence that Adam’s Bridge was formerly connecting India and Sri Lanka. The Rameswaram beach features no waves at all and the waves will rise to a maximum height of only 3 cm during high tides. The climate in the town is dry tropical with low humidity and it is recorded to receive an average rainfall of 75.73 mm mainly due to North East monsoon lasting between October to January.

Being an island town, a majority of the people carry out fishing as their primary source of livelihood, but agriculture is also carried out by a few. But with the increase in the flow of tourists, the gradual economy from the agricultural sector has gone down as people have started moving to other jobs like selling toys, pictures of deities, tulsi beads and others. However, there are some who still prefer agriculture and the town has about 20 main and 26 marginal agricultural laborers.

Rameswaram and Varanasi are considered to be the holiest places in the country for Hindus. As it is a pilgrimage centre, Hindus from across the country visit the town, which also has Christians as minority belonging mainly to the fishing community. The town attracts pilgrims visiting the Ramanathaswamy Temple, which is a notable historic landmark in the region dedicated to Lord Shiva. Also, there are sixty four Tirthas or Theerthams all over Ramaeswaram of which twenty four are significant. In addition, there is St. Antony’s Church at Oriyur, located on the eastern shore of the Pamban island and this is a famous Church in the region.